In order to save disabled civilians from the Ukraine combat zone, a California-based non-profit has travelled to the region.

As the crisis in Ukraine continues, a nonprofit organization located in California is assisting Ukrainians with disabilities in their attempts to migrate to neighbouring nations. An extraordinary rescue operation necessitates mobilization into a conflict zone. According to the Ukrainian government, there are more than 2.6 million people with disabilities in their country. 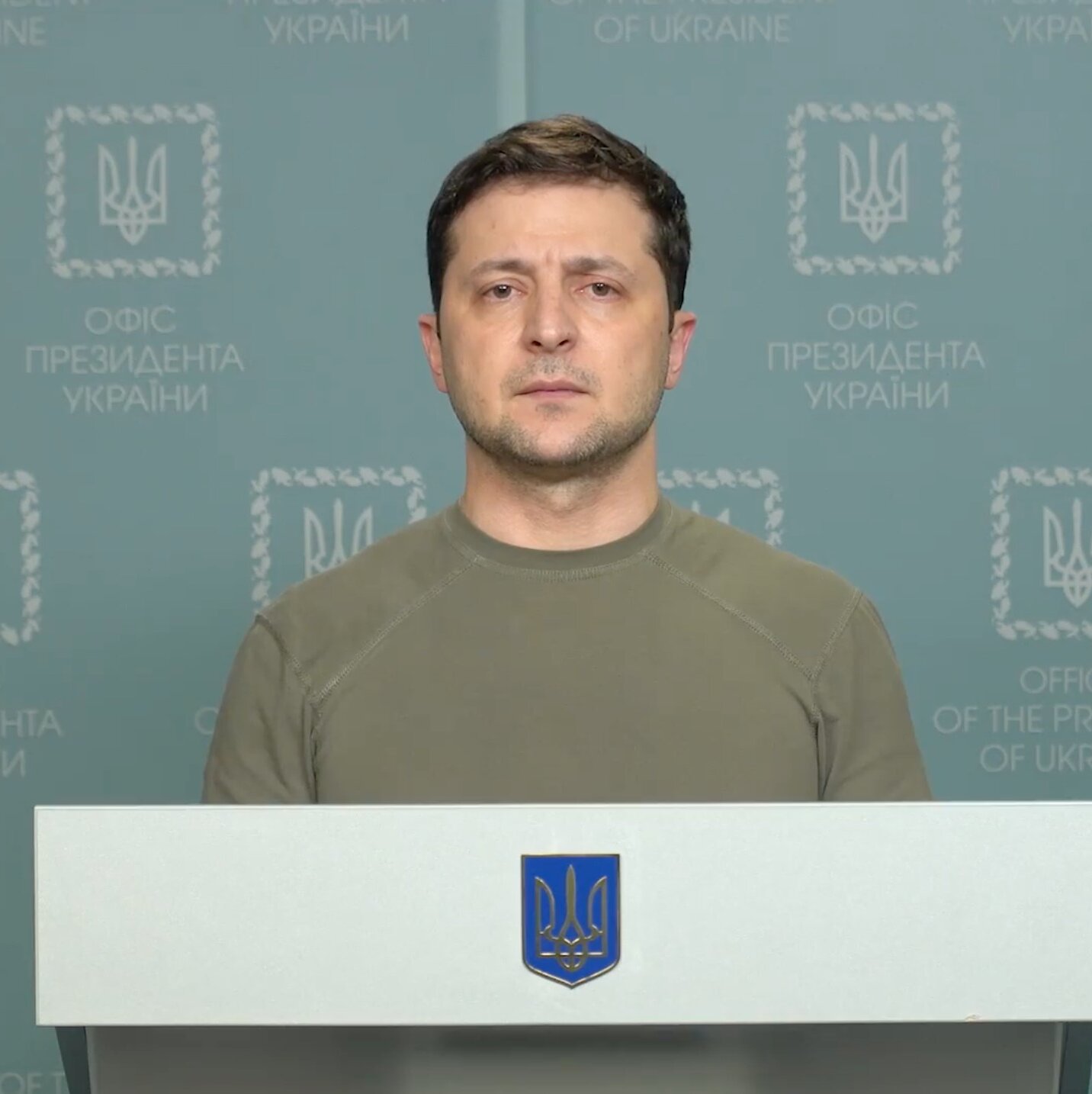 As of 27 February 2022 (Sunday), President Volodymyr Zelenskiy issues a call to arms to foreign nationals in the battle against ‘Russian war criminals’ Ukraine’s embattled president has made a request to foreign people who are “lovers of peace and democracy” to travel to the country in order to fight against the Russian invasion.

Earlier on Sunday, the Ukrainian presidency’s website issued an appeal from Zelenskiy, who stated that the Ukrainian military forces were in the midst of establishing a foreign legion unit for overseas volunteers.

Ukraine’s foreign minister, Dmytro Kuleba, echoed the request on Twitter, and it was likely to be the main topic of discussion during his briefing for international media on Sunday afternoon, according to reports.

Hence, The California-based group Joni & Friends International Disability Center, Galyna is in charge of the organization’s crucial efforts. Galyna’s husband has volunteered in the military to fight for their nation, and she is assisting stranded Ukrainians with disabilities in crossing the border into Poland and other nearby countries for safety. She had a Zoom call with the CEO of the NGO about how they assisted in the evacuation of 35 people, including 15 people with disabilities, just 24 hours earlier. Here is what you need to know about local and national support for people in Ukraine.

“So we were trying to evacuate, first of all, the people who have quadriplegia or cerebral palsy or are in wheelchairs. We have 11 people in wheelchairs all together and also four kids,” said Galyna.

“There are care centers and orphanages in eastern Ukraine, and it has been reported that the staff is leaving some of the residents. Obviously, when war is declared, these facilities will be severely understaffed, but we cannot confirm this at this time “Joni Eareckson Tada, CEO of the Joni & Friends International Disability Center, expressed her gratitude.

During the course of their journey, this group of volunteers was successful in finding a home in the Netherlands for a caravan of Ukrainian refugees with impairments. For more information, visit help Joni & Friends International Disability Center with their next rescue mission.

“We thank God that we were able to work with the local authorities,” Galyna stated, before adding, “You can feel at ease knowing that this group of people is already in safe hands.”

Current Situation in the War Zone

Even while Russian ground forces have not progressed at the pace expected, severe street fighting and aerial bombardment are taking place in both the country’s capital, Kyiv, and its second-largest city, Kharkiv, according to reports. 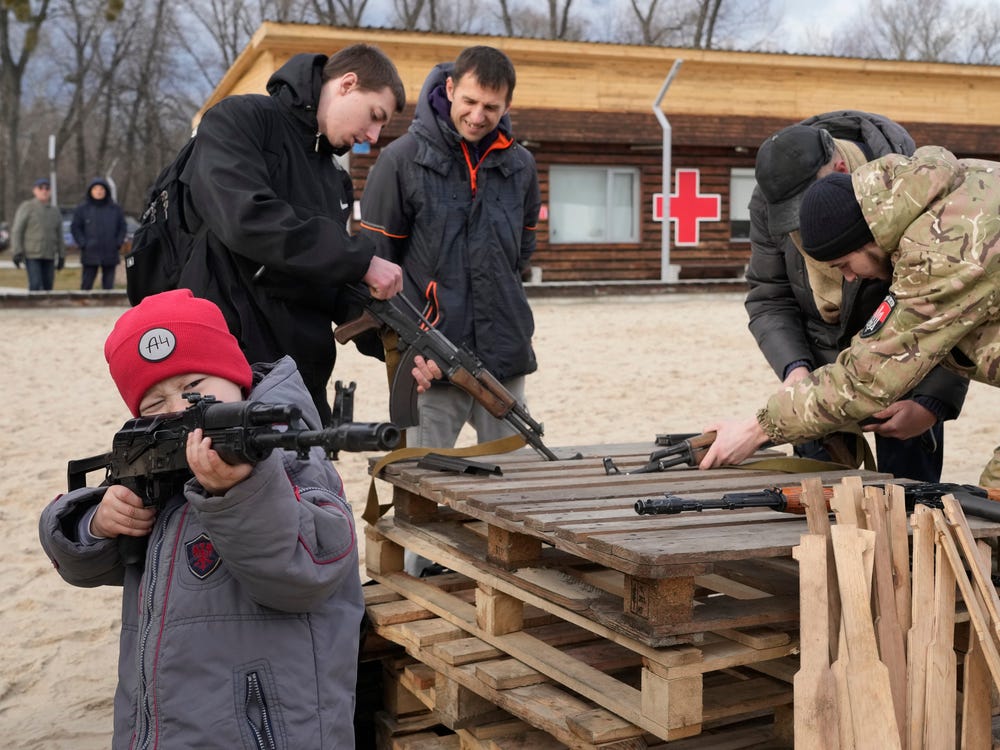 Images of Ukrainian residents manufacturing Molotov cocktails in glass bottles and learning how to use light weapons as their only defences against the might of one of the world’s most powerful armies have swamped the world’s news channels.

In a statement issued on Sunday, Poland’s Border Guard reported that around 22,000 people have crossed from Polish territory into Ukraine since Thursday.

“We have a responsibility to defend our motherland.” One man in a group of 20 Ukrainian truck drivers waiting to cross the border at the Medyka gate told the Associated Press, “If not us, then who?”

“The Russians should be quite worried. We have no reason to be worried,” another member of the group stated. They did not want to be identified for fear of risking their own and their families safety. Unsourced “combat instructions” and offers to pay for flights have been circulating on a Reddit thread called “VolunteersForUkraine,” where the announcement that Zelenskiy is organizing a foreign legion has been welcomed with enthusiasm by the community.

“I’ve just been out of active duty for a couple of months. The money from the sale of my vehicle will be used to purchase equipment and an airline ticket to Krakow, which will take place on Monday. “From there, I’ll figure out how to go to the Ukrainian border,” wrote one person, claiming to be a veteran of the United States air force again, from California.

With a strong passion towards humanity, he also stated that “To those of you who, like myself, have no battle experience, prepare yourself for the possibility of not returning. I’ve come to terms with the notion that I’m going to die at some point. If it’s going to happen, at the very least it’ll be for a cause that I believe in.”

This type of tendency should be praised because volunteering in a war is not something that should be underestimated. Though not the same as a game or virtual reality, it is real and horrifying in its intensity. Such activities like the bedwars game, in which you can choose any bedwars servers to play on Minecraft, were never in the combat zone. There was never a chance of coming even close to winning.

The foreign secretary of the UK, Liz Truss, stated on Sunday that British citizens who choose to fight in Ukraine will “certainly” have her backing. The words stand in stark contrast to the United Kingdom’s stance on the Syrian conflict, in which UK nationals who have travelled to Syria to fight either for or against the Islamic State have risked prosecution upon their return home after their missions. Community leaders told the Guardian that a small but rising number of Ukrainians residing in the UK are planning to return to Ukraine to resist the Russian invasion, including veterans of the conflict since 2014.

Volunteering Work Available In The Field Of Science